View a captioned video presentation about the book. 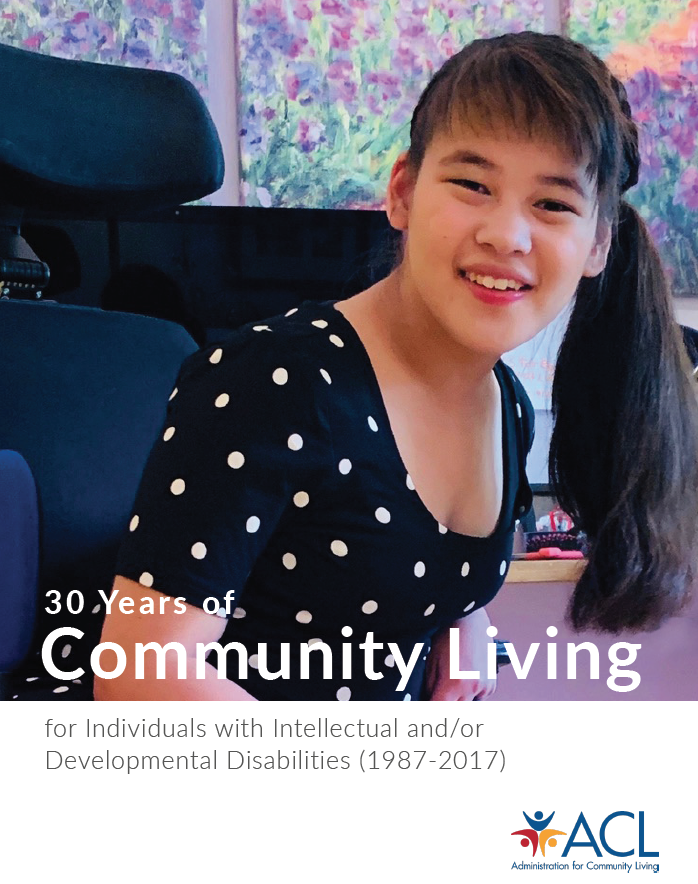 nity Living for Individuals with Intellectual and/or Developmental Disabilities. Featuring infographics, photos, and accessible language, as well as personal perspectives on community living and inclusion shared by people with intellectual and/or developmental disabilities (ID/DD) who served as advisors to the project, the free digital book explores the evolution of integration and inclusion of people ID/DD in American society. The book was written collaboratively by the directors of three longitudinal studies funded by ACL’s Projects of National Significance program.

A summary of data collected between 1987 and 2017, the book illustrates the progress made since the Americans with Disabilities Act was passed 31 years ago and the work yet to be done to achieve its promise. It starkly illustrates that although opportunities for community living have significantly expanded, far too many people with ID/DD are still unable to access the supports they need to live – and fully participate -- in their community. Highlights include:

Read a descriptive story about the "30 Years of Community Living" book.

Projects of National Significance focus on the most pressing issues affecting people with developmental disabilities and their families. Through the projects, ACL supports the development of national and state policy and awards grants and contracts that enhance the independence, productivity, inclusion, and integration of people with developmental disabilities. The program funds three data collection projects, which collaborated to produce 30 Years of Community Living for Individuals with Intellectual and/or Developmental Disabilities: