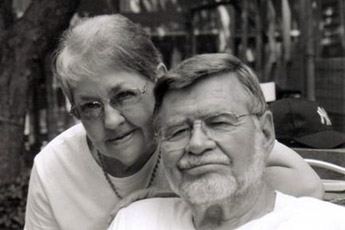 It would be trite if it were not true. When Bob Perske died recently at nearly 88, he had accomplished far more than he ever would have allowed himself to believe. He made the world a better place. Through his words and deeds, he—along with his kindred spirit and wife Martha—made plain the everyday humanity of children, men and women with intellectual and developmental disabilities like no other.

Through Bob’s “word pictures” as he called them and Martha’s pencil renderings, generations have come face to face with those we now proudly know as our sons and daughters, brothers and sisters, uncles and aunts, students and teachers, colleagues, neighbors and fellow citizens. And, generations more will follow.

I first met Bob in the summer of 1979. I was home from college and volunteering for the Connecticut ARC. I remember walking through the back wards of Mansfield Training School with him, peering into the eyes of those lying on the steel gray mat on the floor. In their eyes, I saw a mirror image of what my life so easily could have been in the very institution that my family had refused to put me in as a child. We said little to each other that day. But a deep bond was struck and a lifelong friendship was made.

For nearly 40 years, Perske and I referred to each other with great glee by his last name to avoid the obvious confusion of having the same first name. We typically talked and schemed at least every week by phone. Hung out and travelled together. Edited each other’s work. Shared the best and worse our lives and those we cared for offered up. Through it all I got to take the full measure of the man.

He was vague about it but said that his youth was troubled and that his life as we know it began when a neighborhood cop took an interest in him. Perske never forgot that cop or what doing true justice looks and feels like. It is his greatest legacy and lesson that he passes on to those that knew him and countless more. In his work—spanning more than 6 decades as a chaplain at an institution, an ARC executive, community living innovator, a writer and a fierce friend of those falsely accused and condemned—Bob Perske constantly beckoned us to seek and seize a newer world of hope, opportunity and justice.

Thanks for getting us this far in the journey. We will continue on from here.

Since the 1970s, Bob Perske was the chronicler of community living for people with intellectual and developmental disabilities. Through his words and Martha’s illustrations, we saw and created new hopes, possibilities and futures. Among other work, they collaborated on at least two reports by the President’s Committee on Mental Retardation (now the President’s Committee for People with Intellectual Disabilities) that set out the vision we are still working to achieve.