In the Fall of 2014, the Center for Medicaid and CHIP Services (CMCS) conducted a Nationwide Adult Medicaid Consumer Assessment of Healthcare Providers and Systems (CAHPS) survey of Medicaid enrollees to attain national and state-by-state measures of access, barriers to care, and experiences with care across delivery systems and major population subgroups.

The survey interviewed a representative sample of adults ages 18 and older enrolled in Medicaid between October 2013 through December 2013. This first-of-its kind survey provides baseline information on the experiences of low-income adults prior to a state’s expansion of coverage to the new adult group that took effect on January 1, 2014. These data will be used to inform federal and state efforts to improve health care delivery for Medicaid enrollees. 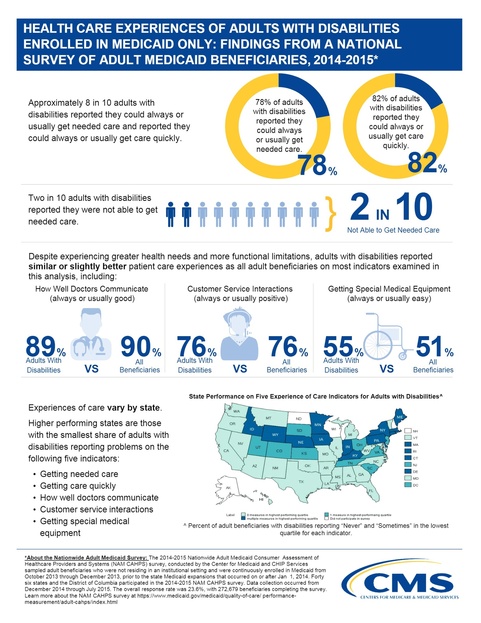 View this infographic as a PDF.